Greetings readers! Since it’s the OK co+Lab’s fourth anniversary, we thought it would be fun to make a little “best of co+Lab” blog post to celebrate.

This was co+Lab’s very first tweet waayyy back in 2011 (ancient history!)

And we are live! https://okcolab.com 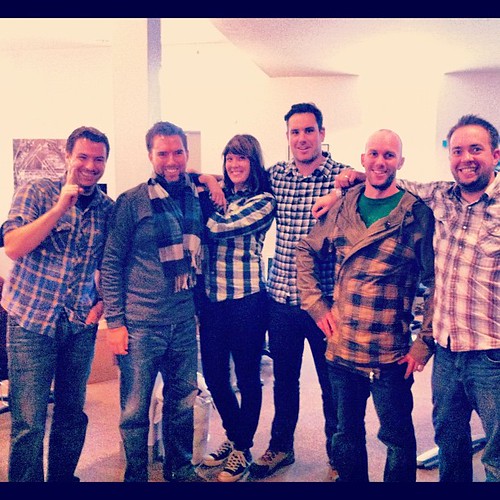 Productivity happens at all hours of the day around co+Lab.

Getting some work done in the dark. #freelance #craftbeer   A photo posted by Kodie Beckley (@kodiebeckley) on Dec 1, 2014 at 6:38pm PST

Which can look pretty good once it’s built!

This whiteboard has been put to some serious good use since it first arrived in 2014:

Of course, everyone needs a little support…

…which is why we love to share knowledge and collaborate!

And for the record, Halloween and productivity DO mix.

There was once a great haunting in the co+Lab…

Also, hockey. After all, we’re in Canada, eh?

Don’t worry, we won’t judge if you’re not into hockey. We love other sports, too. Like foosball. #witnessthefitness with the mighty Tom, who flew from Australia just to show Canadians how to play foosball properly…

PS – this is what it looks like after you lose a foosball match to Tom. #justjokes

Shine on, you crazy diamond.

Sometimes we forget to clean the fridge, though…

…but why eat those crusty leftovers when there are so many great eateries in downtown Kelowna to eat at instead?

Assembly of human awesomeness at co+Lunch. #coworking #community #kelowna   A photo posted by Okanagan co+Lab (@okcolab) on May 27, 2015 at 1:17pm PDT

Do you want to join the fun at the co+Lab?

Of course you do! Join us and help us keep the coworking dream alive in Kelowna!