Going Back to Go Forward: An Interview with David Botwick-Ries of Homestead Coworking

Posted on September 20, 2017by
Okanagan coLab

Here at coLab, we’re all about building a rich community of coworkers who show up to get work done, meet interesting new people, drink awesome coffee & tea, and have fun while they’re at it.

But we’re not the only coworking space doing this. All across the world, in cities large and small, coworking spaces are creating environments for work and for play, where freelancers, solopreneurs, startups, and remote workers can collaborate, learn from each other, and make valuable industry connections – all in a flexible environment that can accommodate their needs.

Today, we’re talking with David Botwick-Ries, the Community Manager at Homestead Coworking in Edmonton, to learn how our neighbours over in E-Town are working together to build awesome stuff.

For David, the future of coworking is all about the movement’s origin story.

If anyone can be called the father of the coworking movement, it would be Brad Neuberg, the Senior Software Engineer of Machine Learning at Dropbox.

In 2005, Neuberg was working at a startup called Rojo, but was craving the independence of freelance work. After meeting with a life coach, he formulated a plan to reinvent our culture’s concept of the “office” itself. He rented out space at the Spiral Muse Feminist Collective in San Francisco two days a week, with early members working on folding card tables.

David says that this pioneering spirit is the heart of the coworking movement:

“I think it’s awesome that they didn’t even have their own space to begin with – they had a kitchen, and some card tables, and that’s really all you need.”

Even today, 12 years later, coworking is still about entrepreneurially-minded individuals coming together as a community to work better by working together.

(It’s also about saying “screw it” to the 9-5. Because typical office jobs are so last century.)

Coworking as Conscription: Recruiting the Leaders Who Will Redefine the World of Work

One of the biggest strengths of coworking is that its open, collaborative nature makes it ideally suited to tackle the emerging challenges and opportunities presented by the growing knowledge economy.

In the knowledge economy, the most valuable resource is, quite simply, brainpower – the combination of academic-type learning & education that gives coworkers the skills necessary to change the world, and the instinctual creativity & whimsy that opens up new ways of thinking and challenges our culture to view problems and opportunities in a different light.

For David, powering this new economy with the human capital it needs demands a massive culture shift and a top-to-bottom redefinition of what “work” means – because the drivers of this new economy have already made that shift, which means the service providers and purchasers need to keep up.

“The emergence of the gig economy, people working remotely, entrepreneurship becoming a thing, and digital nomads…that’s been the demand aspect in terms of the sector. But also, there’s definitely been a shift back to more of a community-minded focus. Services and products with a focus on creatives and makers and doing things yourself again. Biking to work, carsharing…both the gig economy and the sharing economy caused a lot of demand for coworking.”

Coworking as Culture: All Work and No Play Makes Jack Nicholson Go All Murder-Killy

One of the most noticeable hallmarks of the coworking movement is its culture. When a traditional office and a coworking space are put side-by-side, it quickly becomes obvious that while both are places where work gets done, one of them is also a culture all its own.

For David, creating this culture is all about building great experiences.

“How I’ve done it here is I’ve focused on experiences. That word-of-mouth referral creates that buzz, so people feel like ‘wow, this is a cool place, and I really like it.’ It’s about showing people that you care.”

Part of building those experiences involves ensuring that members have plenty of opportunities to have fun at work.

David M. Botwick-Ries is an American serial & social entrepreneur with a background in coworking, community, and strategic leadership. Currently the Community Manager at Homestead Coworking, David has launched two businesses (Mike & Cookies and Verde Vegan) in two different countries (United States and Mexico). David has a background as a freelance social media and fundraising strategist, and has worked with startups nonstop since graduating from the University of Maryland with a degree in political science in 2011. David also served as Director of Innovation for The Grove Coworking in New Haven, CT.

Where to find David online:

For more information about the origins of coworking:

14 Feb 2020
0
coLab is more than just four walls and a bunch of desks. One of the best parts of the coLab…
CommunityFeatures 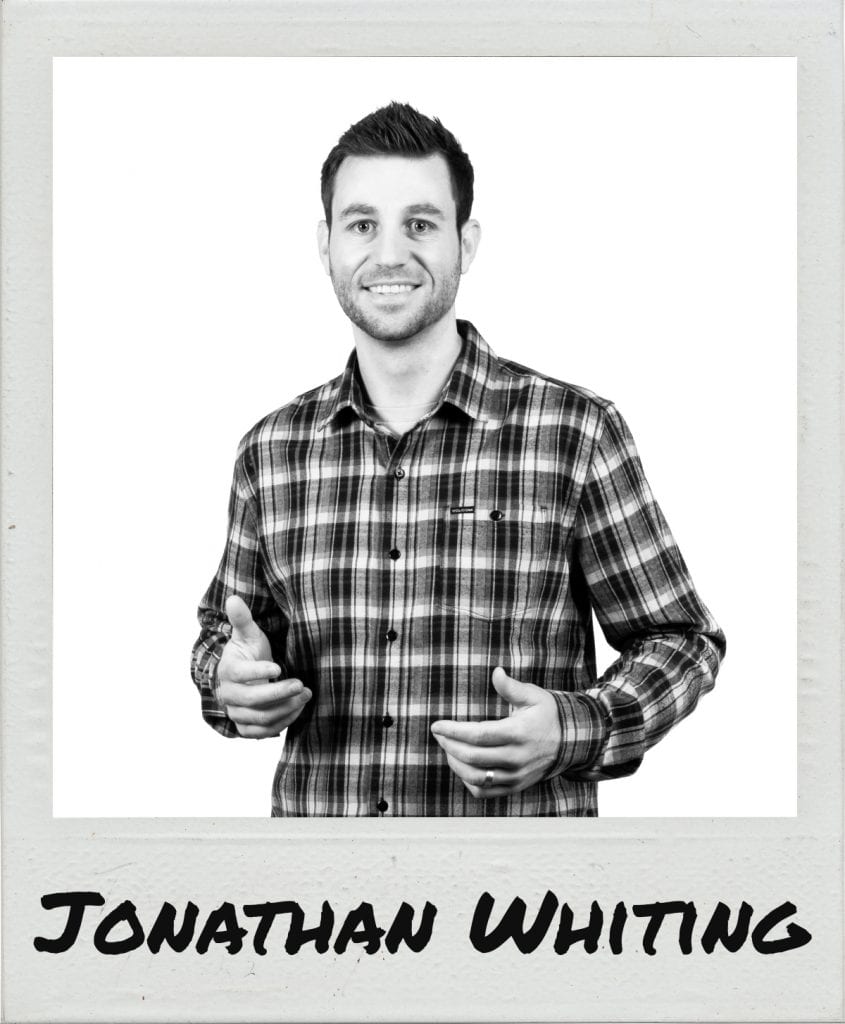 24 Apr 2019
0
https://www.youtube.com/watch?v=LV-c63O94tw&feature=youtu.be   “You know, you can say it backwards, which is docious-ali-expi-istic-fragil-cali-rupus, but that’s going a bit too far,… 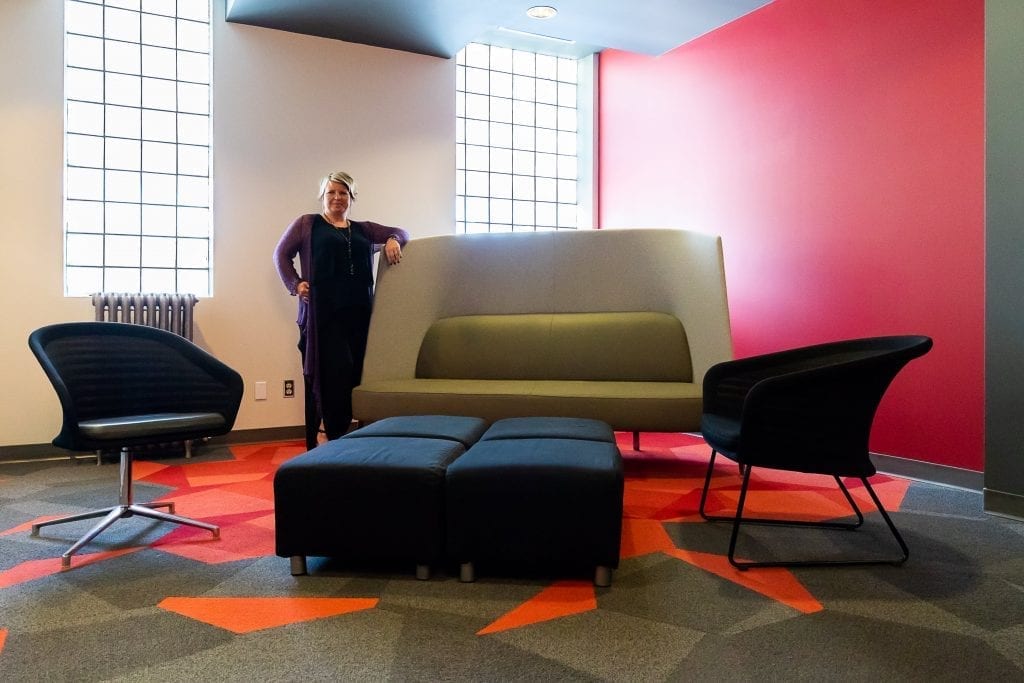 8 Aug 2018
0
In case you missed it, the Okanagan coLab recently launched our new events space, Affinity Hall. There…
CommunityFeatures

9 Jan 2017
0
Finally, flexible workspace for fast-moving project teams. Scaling companies are always dealing with the frustrations of workspace for their teams. Whether…
CommunityFeaturesGeneralNew Member SpotlightUncategorized

5 Dec 2016
0
Pierre Rondier is usually pretty quiet. He grabs his usual hotdesk seat in the morning, pours himself a coffee, adjusts…
CommunityEventsFeaturesUncategorized

25 Nov 2016
0
On November 19th co+Lab tried something new. Something different. We wanted to #GetLoud for mental wellness. Rather than host another…
Filed In Features
Okanagan coLab

Previous Post
Eating Crow: How to Recover When You’ve Completely Dropped the Ball on a Client
Next Post
Bland to Brand: Networking or NOTworking? Touch Up Your Elevator Pitch with These Simple Sales Tactics

Bland to Brand: Networking or NOTworking? Touch Up Your Elevator Pitch with These Simple Sales Tactics
Menu